Save 40% on Subscription. Cancel anytime.

The Science Behind CBD & its Effect on Your Body 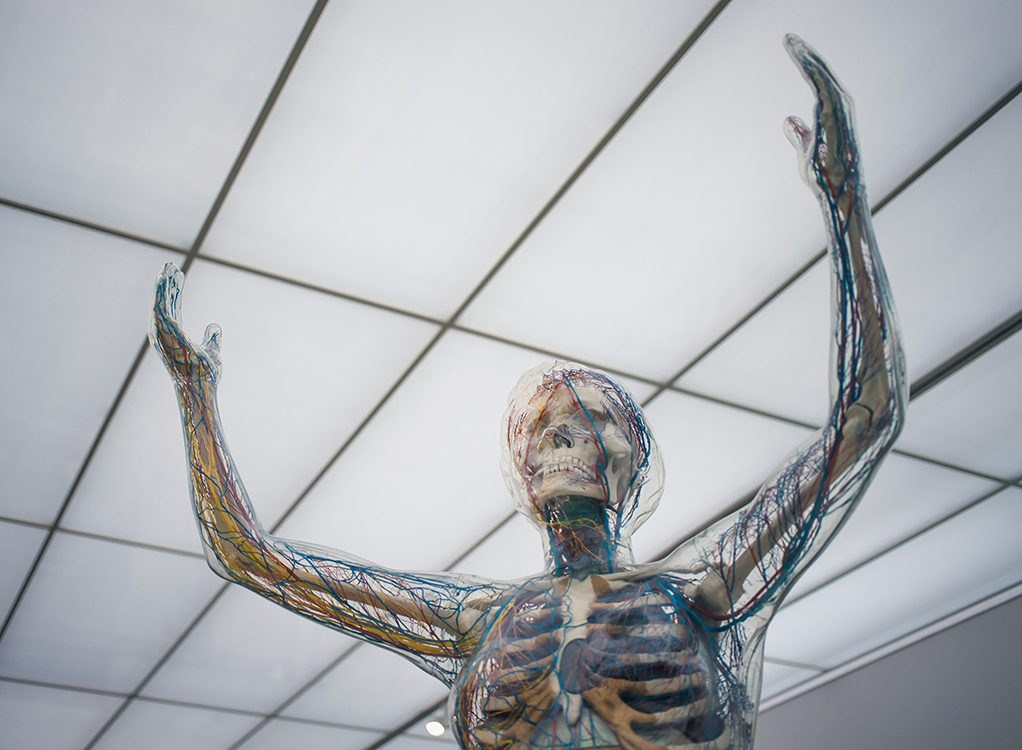 Recent science has found that the endocannabinoid system does not just respond to the endocannabinoids produced in the body, but also respond to external cannabinoids like CBD. Introducing CBD to the body can help reduce the symptoms of a wide range of illnesses including epilepsy, multiple sclerosis, chronic inflammation, depression, diabetes, rheumatoid arthritis, anxiety, and opioid withdrawal.

CBD acts upon CB1 and CBD2 receptors located throughout the body to produce a variety of positive outcomes. CBD does not bind directly to either of these receptors but instead impacts them indirectly. These indirect actions include activating TRPV1 Receptors that work to control important functions like pain perception, body temperature, and inflammation. CBD can also increase the amount of anandamide in the body. Known as the “bliss molecule,” anandamide plays a role in the neural generation of pleasure and motivation.

How Does CBD Affect the Endocannabinoid System?

The endocannabinoid system’s purpose is to respond to endogenous cannabinoids produced within the human body.
During their research, scientists have learned that the system will also recognize and respond to cannabinoids from external sources, including CBD.

According to the National Institute of Health, manipulating the endocannabinoid system by introducing external cannabinoids like CBD could be useful in treating a variety of medical ailments, including: 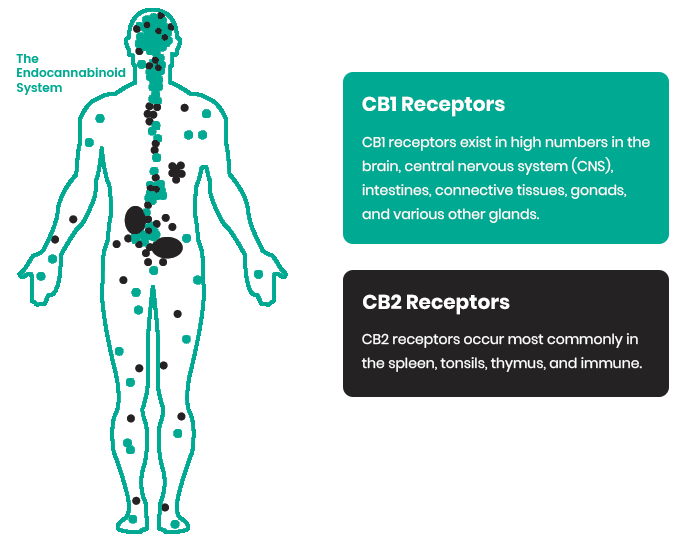 CB2 receptors occur most commonly in the spleen, tonsils, thymus, and immune.
Changes in CB2 receptor function is synonymous with virtually every type of human disease; be it cardiovascular, gastrointestinal, neurodegenerative, psychiatric, and autoimmune. It even plays a role in liver and kidney function, bone and skin health, cancer, and even pain-related illnesses.

Activating the CB2 receptor induces macrophages to destroy the beta-amyloid protein which is the main component of the plaque found in the brains of people with Alzheimer’s disease.

The human body does produce cannabinoids. Endogenous Cannabinoids are neurotransmitters produced within our bodies that bind to cannabinoid receptors in the brain, immune system, and elsewhere. Endocannabinoids perform differently to the more well-known neurotransmitters like serotonin, dopamine, and norepinephrine.
Dopamine, for example, is synthesized in advance, stored in the vesicle, and in response to stimuli, is released from the presynaptic cell, where it crosses the synapse, lands on the postsynaptic cell, and causes activation.